The concrete pavilion, an example of brutalist architecture designed by Victor Pasmore, was unveiled on the towns Sunny Blunts estate in 1969, with its name chosen in honour of that years Apollo moon landing. The council chose to mark five decades of the structure with a calendar of celebrations, which also form #Durham19 – a year of events and activities to celebrate everything the country has to offer in cultural and sporting terms. 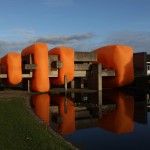 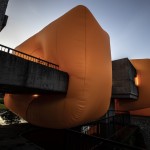 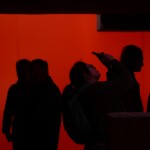 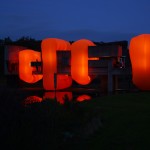 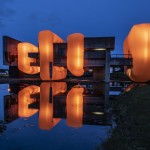 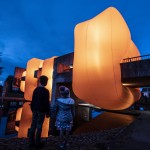 The Apollo Pavilion, Peterlee’s most iconic landmark is 50 years old this year! To mark the occasion there are a series of arts projects happening across the year, including spectacular installations, a birthday party and participatory workshop programmes. In March, we saw the launch of the Apollo 50 celebrations where the Apollo Pavillion came alive with a spectacular free light installation produced by Artichoke, a little taste of Lumiere in Peterlee. The celebrations provided a fantastic opportunity to both celebrate the moon landings and also showcase the Apollo Pavilion to a new and wider audience. 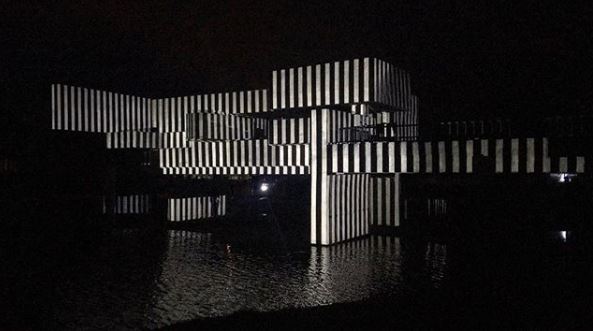 On 16th July there was a celebratory birthday party. The day features a special birthday song created with local schools and musician Barry Hyde. There were also performances from ‘funky’ street band Mr Wilson’s Second Liners, Oompah Brass as part of Durham Brass Festival along with some local community school choirs . This event was organised by Durham County Council. 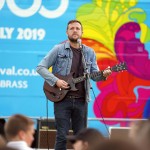 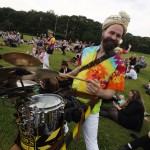 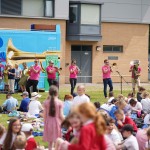 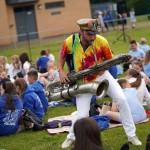 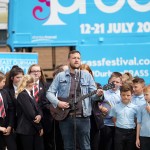 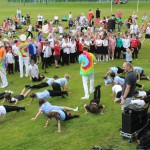 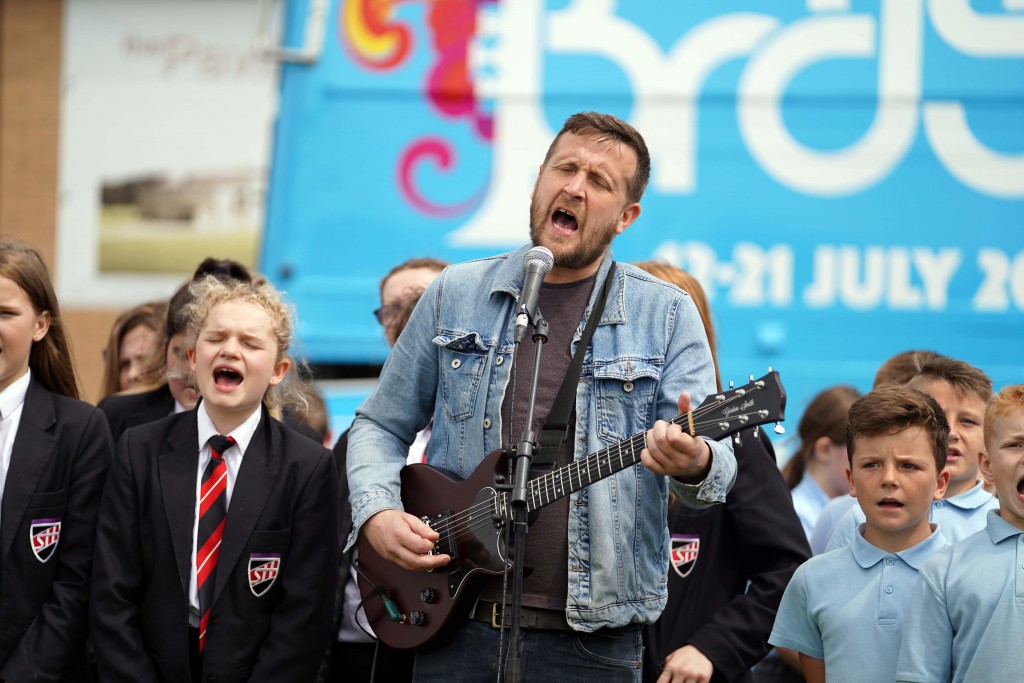 “We built a monument in Peterlee, A bold and futuristic fantasy”

Commissioned especially for the Apollo 50 birthday party, Barry Hyde, from The Futureheads wrote and performed the song ‘Standing on the Moon’ working with 500 children from across Peterlee.

Barry has been in the studio with pupils from Howletch Lane Primary School and The Academy at Shotton Hall recording and a music video will be coming soon! Keep an eye out for that in the not so distant future….

East Durham Creates also held some free sessions with artist Theresa Easton, where young people came along to learn how to print & collage their response to the celebrations. Let’s make Zines together- your ideas, your expression. A zine is a self-published booklet, often created by physically cutting and gluing text and images together that is then photocopied and folded for distribution. The Zine underpinned all strands of the year-long celebration, but also provided an opportunity for young people to get involved and collaborate together to create something that reflected their own feelings to wards the Apollo Pavilion, a building which they may have passed every day without reflecting on its origins.  Click here to see the final publication.

This project is in partnership with Durham County Council.