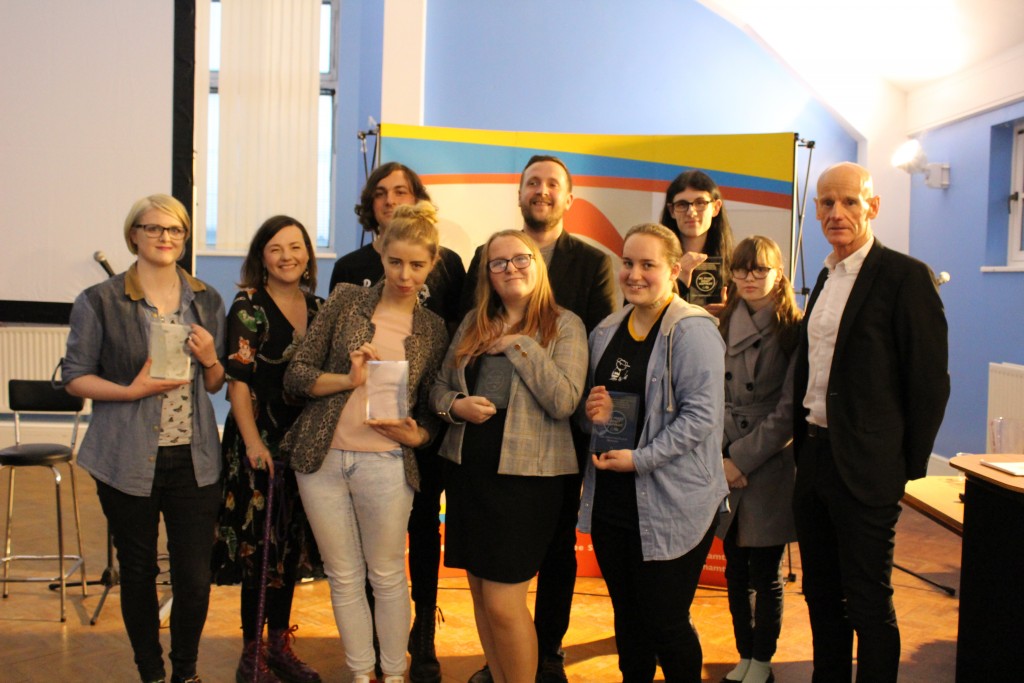 East Durham Trust and East Durham Creates, were funded by County Durham Community Foundation to deliver a project called No More Nowt Happens. The project aimed to put an end young people suggesting that there was a lack of local events and that the only way to engage in arts activity was to travel outside of the area. No More Nowt Happens, involved groups of young people organising and staging events with professional artists and performers in local venues such as community centres over the past year.

CEO of East Durham Trust Malcolm Fallow says; “This project has been a revelation in that Young People have really helped to put their respective communities on the cultural map.”

Margaret Vaughan of the County Durham Community Foundation, who have provided funding for the project said: “We are delighted to have supported such an impactful project that has shown that young people can make a positive contribution to their own community and have a great time in the process.” ​​

A team of young people from Trimdon Station Community centre worked with award winning photographer Mary Turner, to stage an exhibition of her body of work ‘Dispossessed’ which featured local people and landscapes. The young people planned, marketed and curated the exhibition themselves, including organising family activities to help engage people. Over the weekend of the exhibition, they received over 200 visitors! The group were taken on a Go and See trip at the beginning of the project to inspire them ahead of the planning stage. They visited The Great & Tiny War exhibition, which was placed in the unusual location of someone’s home, a photography exhibition at the Laing Gallery and visited the Deaf Lens exhibition in Sunderland’s Deaf centre where they also had a cyanotype photography workshop. The group got a chance to meet curators and artists on the Go and See who gave them useful information about hosting an exhibition. This trip informed their knowledge about exhibiting photography and greatly influenced the final exhibition. The group also got the chance to have a photography workshop with Mary Turner and went around their local village capturing photos which became an exhibition to sit alongside ‘Dispossessed’. 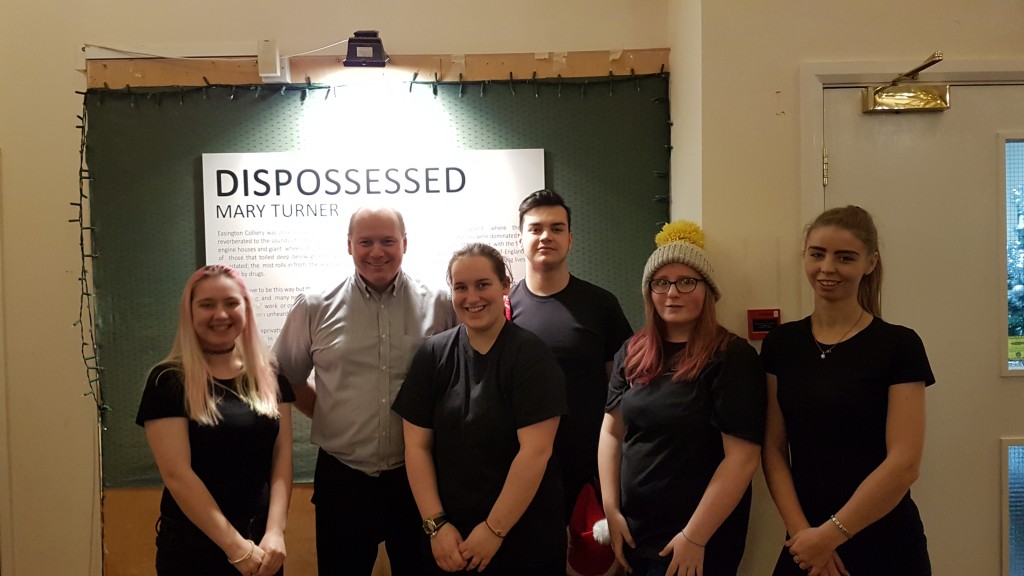 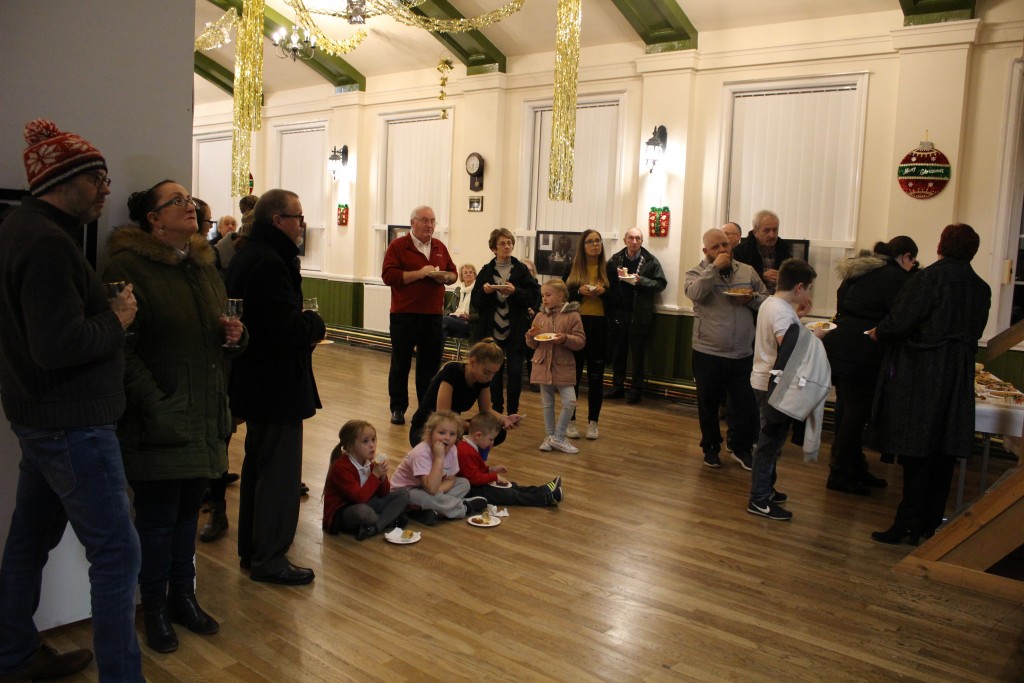 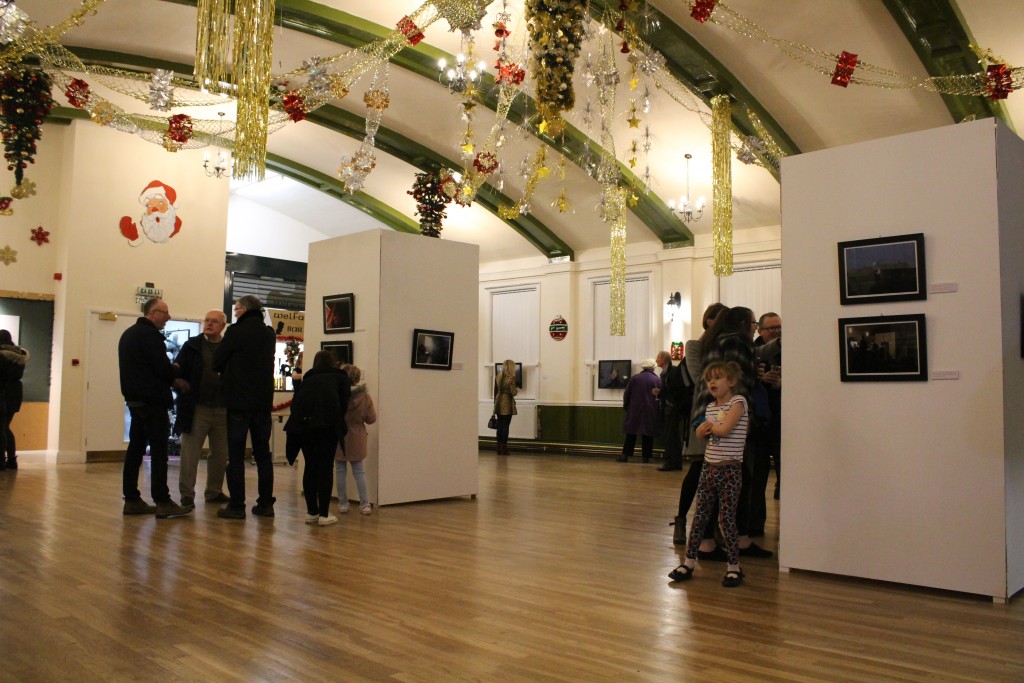 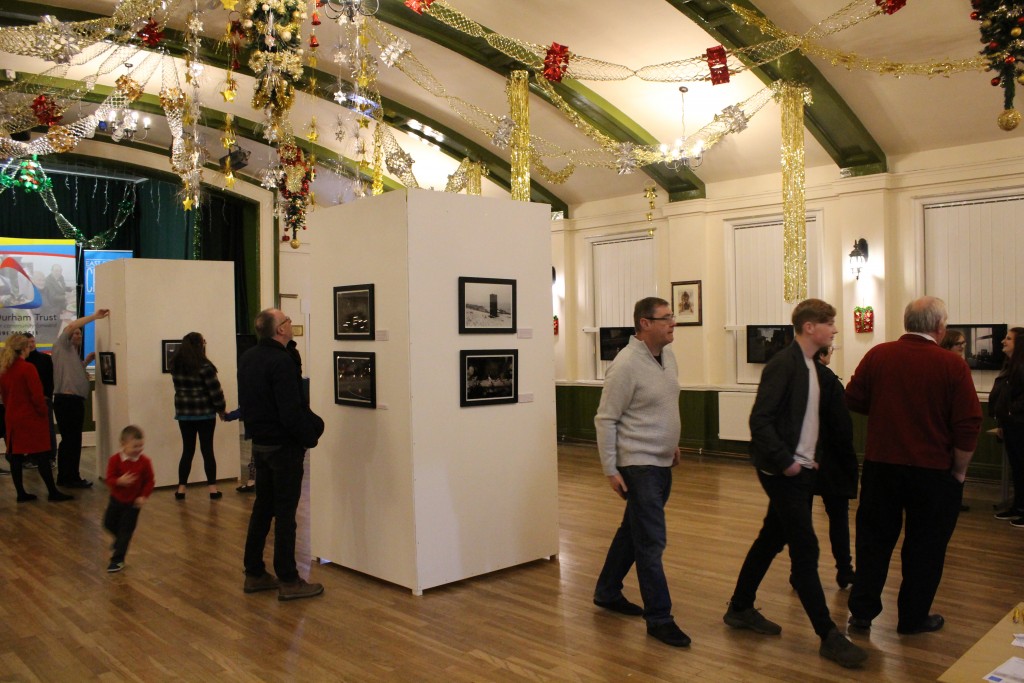 A group of young people from Creative Youth opportunities worked with professional comedian Matt Reed to put on a comedy night at Seaham Masonic Hall. Alongside Matt, the night included comedians Simon Lomas (winner of Petfringe Comedian of the Year 2018 ), Louise Young (2017 Funny Woman finalist) and Gavin Webster who has appeared on  shows like ‘Nevermind the Buzzcocks’. The event was a huge success with the audience of over 70 people kept laughing all night. The young people are now planning ways that they can continue the comedy club and make a regular event. Prior to the comedy night the group of young people were taken to ‘The Comedy Store’ at the Gala Theatre where they got the chance to experience how a comedy night is hosted, many of the group had never been to see a comedian live before this project. 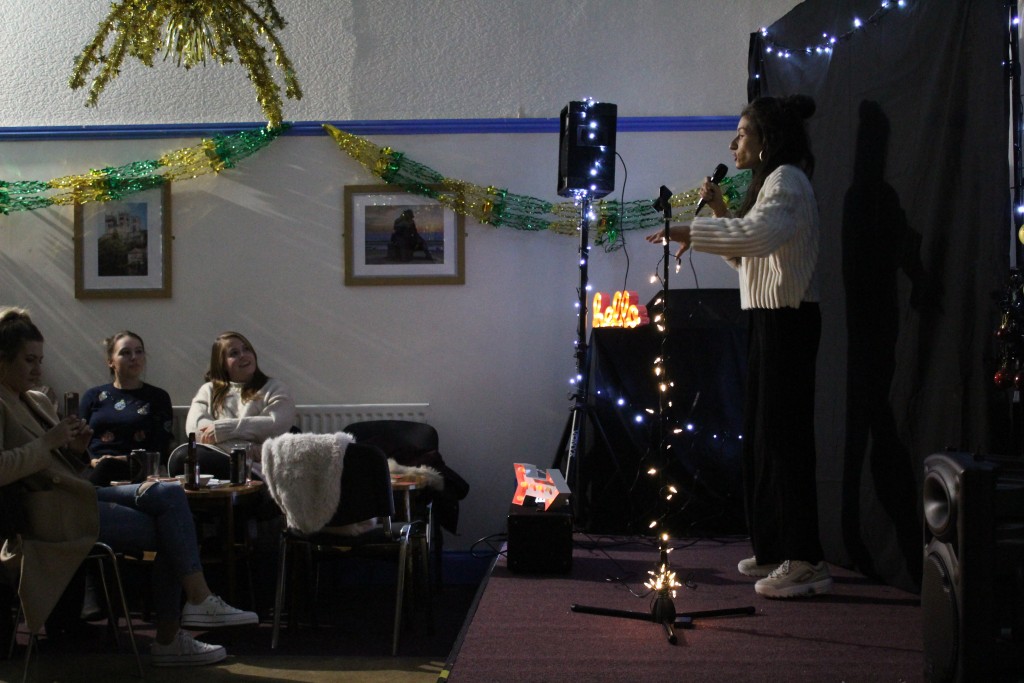 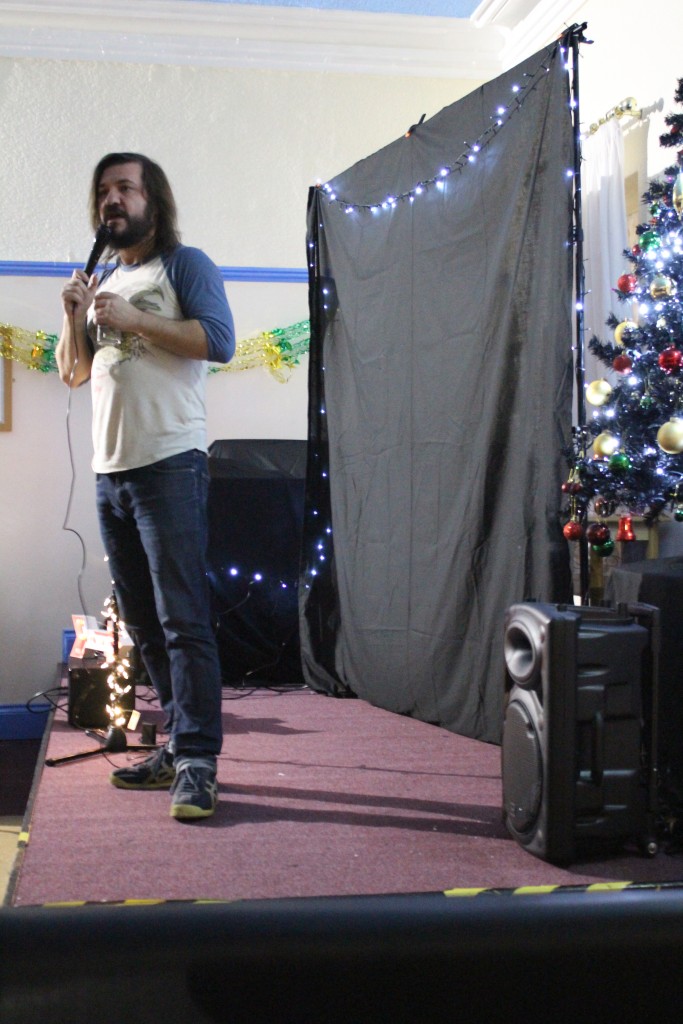 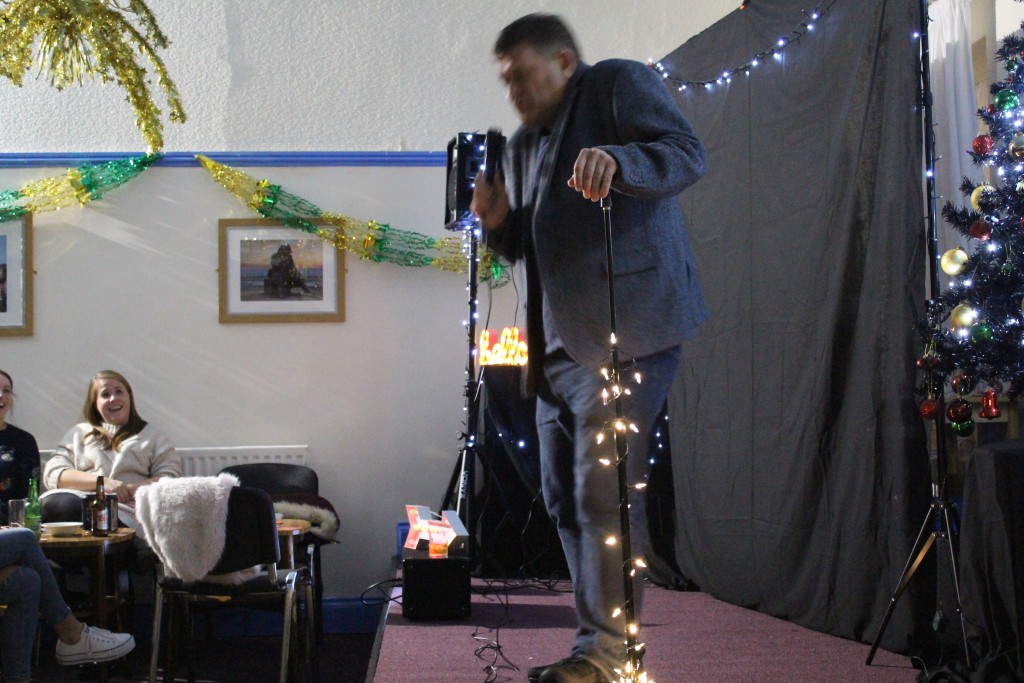 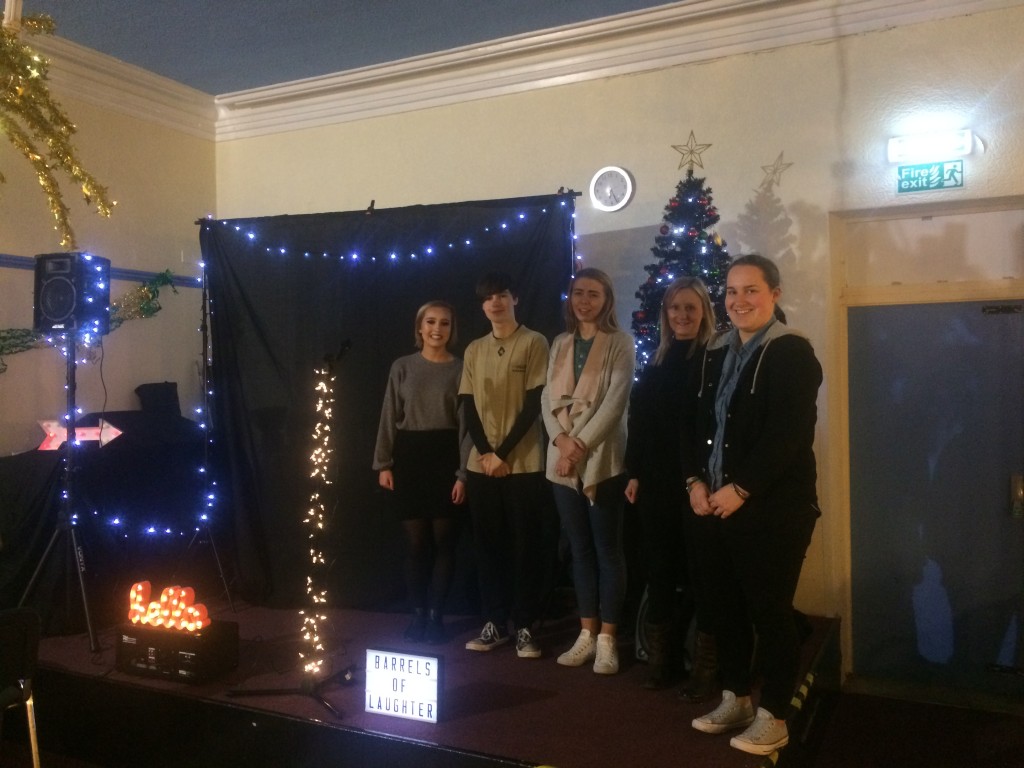 Young people from Dawdon Youth Hub organised a sold-out indie music night featuring Barry Hyde from acclaimed band The Future Heads. The young people also organised a brilliant line up of support acts including Tom ‘Mouse’ Smith, an up and coming young singing prodigy and an amazing line up of local music talents: Shaun Cross, Georgina Percival and The Wish. During the gig, Barry Hyde entertained a crowd of 120 local people and sang some of his most iconic songs at this one of a kind gig. On the night, the young people were in charge of stage management, sound and lighting as well as general events management. Before this project the young people had never been to a live music gig before. As part of No More Nowt Happens the group were taken to Pop Recs where NARC magazine editor Claire Dupree gave a workshop to the group about ‘How to put on a Gig’. The group were then take to see indie band, We Are Scientists and got to meet them backstage. 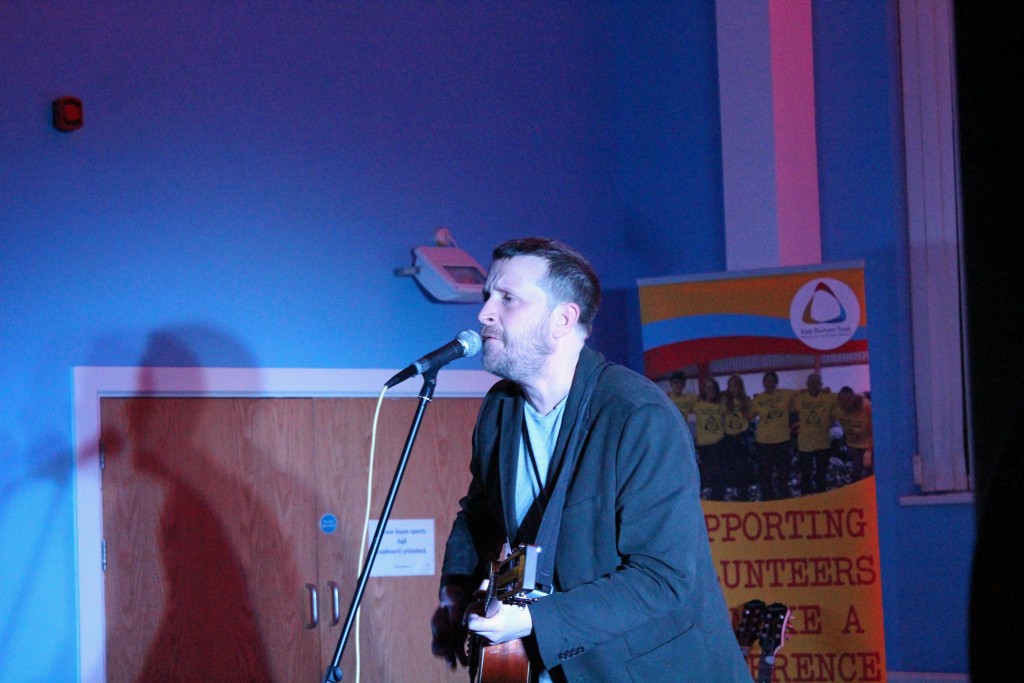 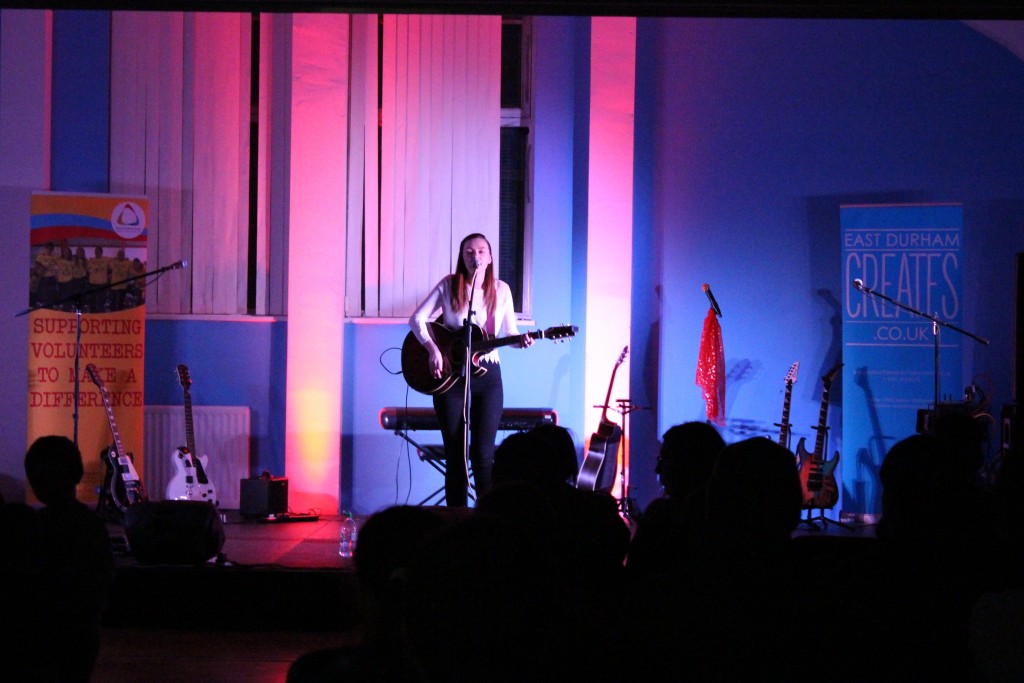 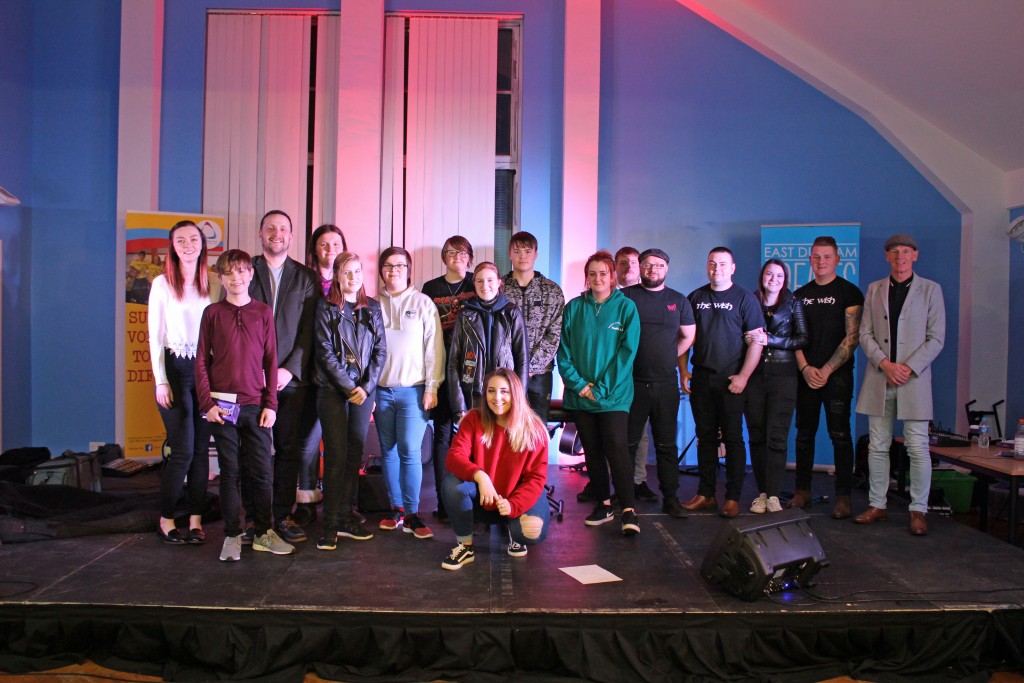 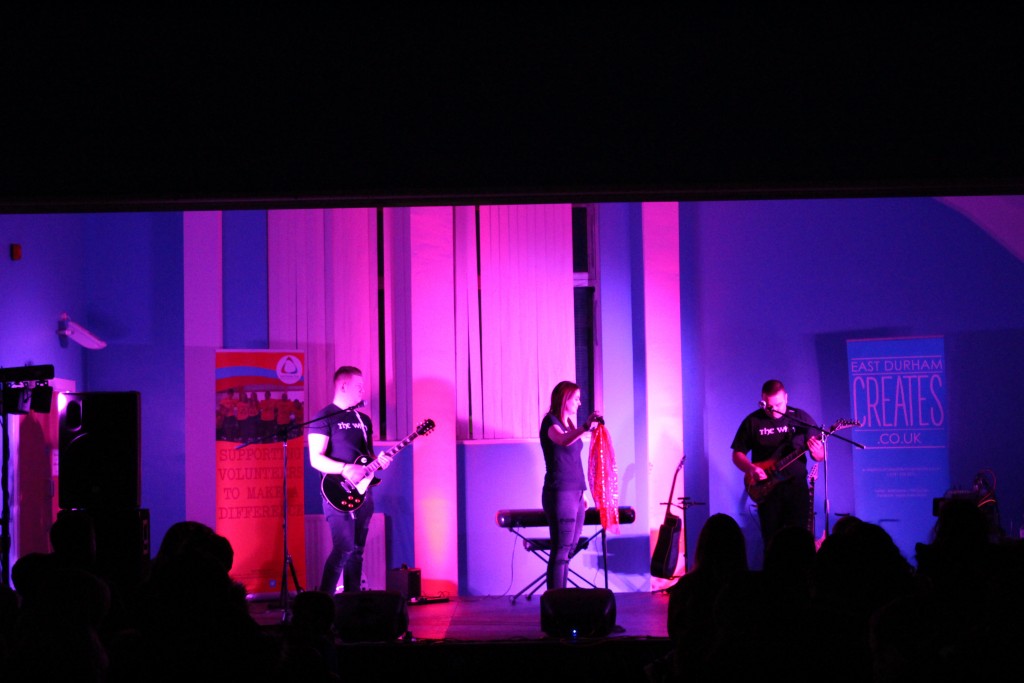 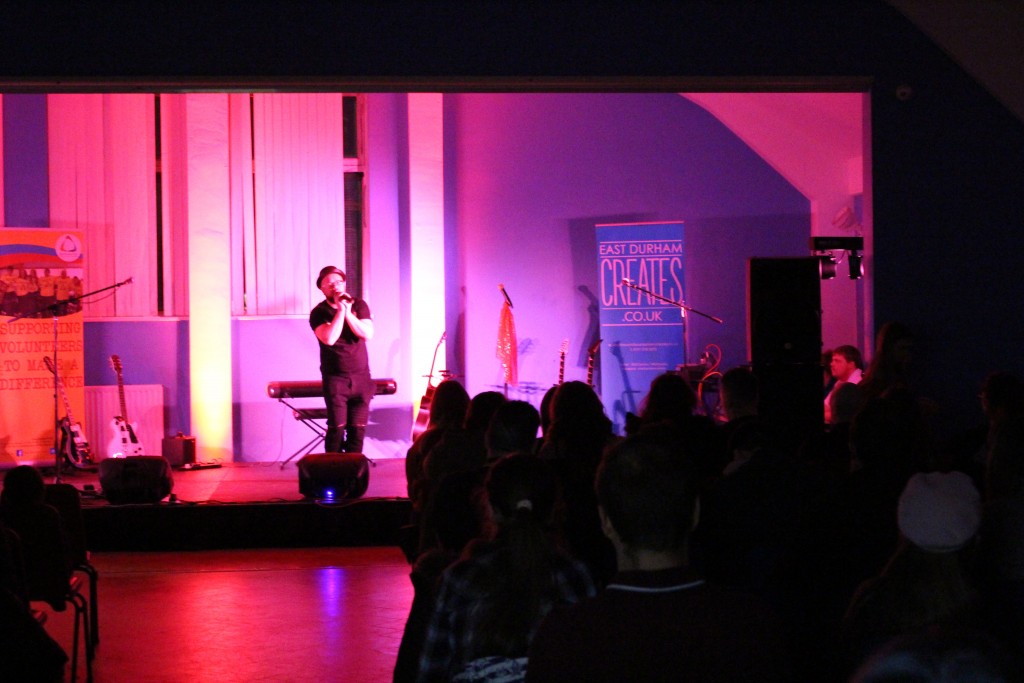 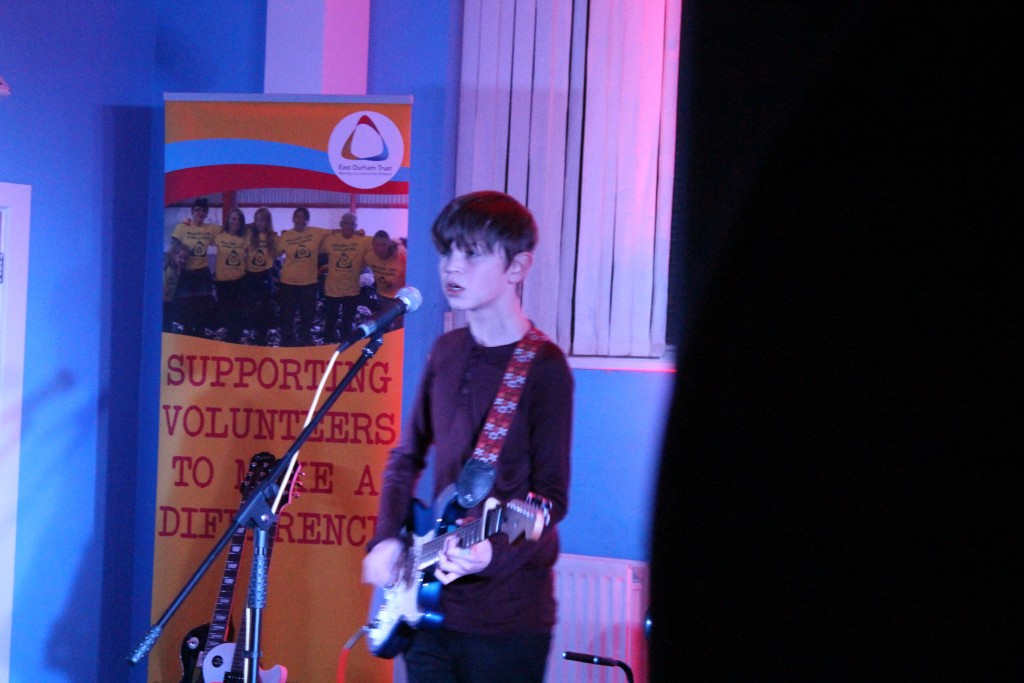 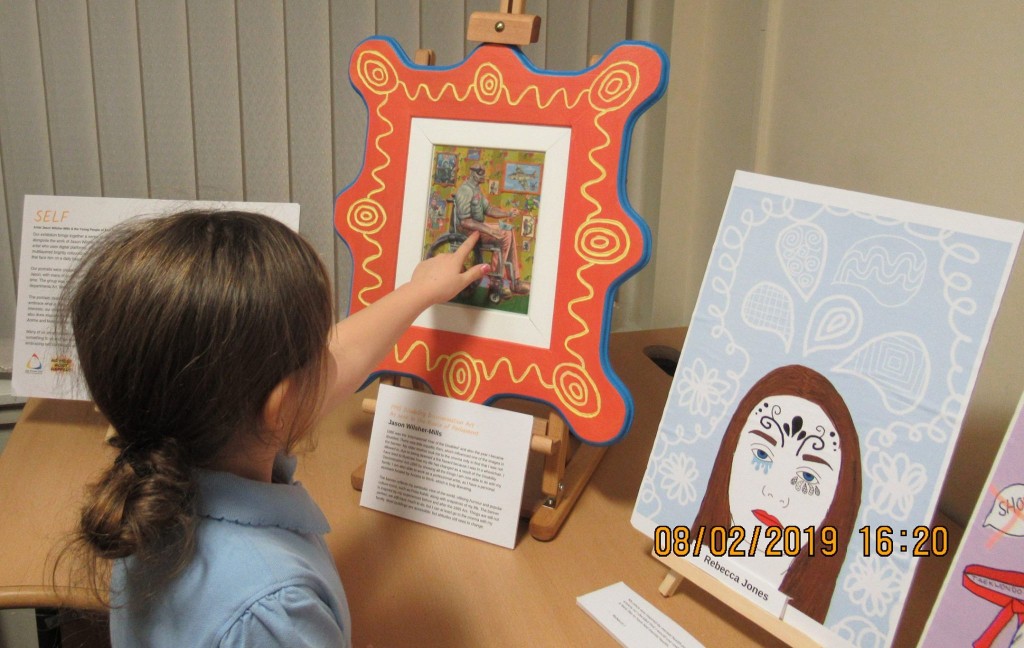 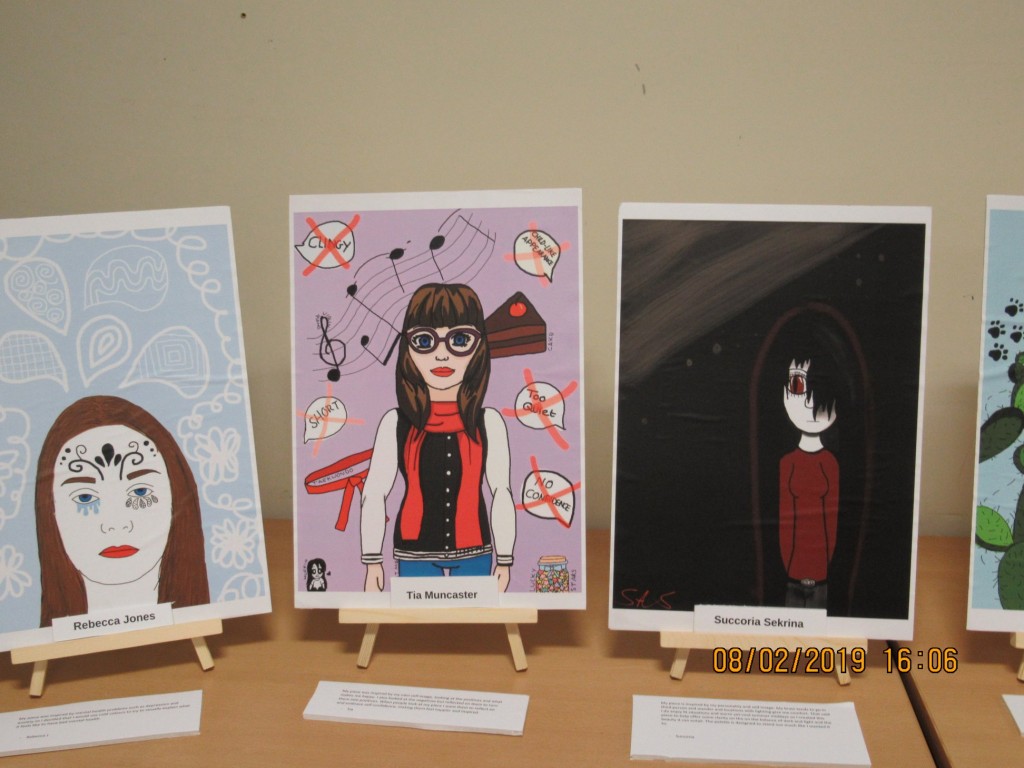 Acclaimed spoken word artist Jess Green hosted a workshop with a group of young people from Wellfield School where they learnt how to organise a spoken word night as well as a poetry and performance master class. From here the young people decided they wanted to stage a poetry night at their local Community Centre in Blackhall. The group organised for Jess Green to be the headline act as well as asking ‘Door to Door Poet’ Rowan McCabe, Lisette Auton and Tony Gadd to also perform on the night. Some of the young people were brave enough to perform some of their own poetry on the night too. The spoken word event saw a record number of over 80 local people from East Durham and those from further afield attend. 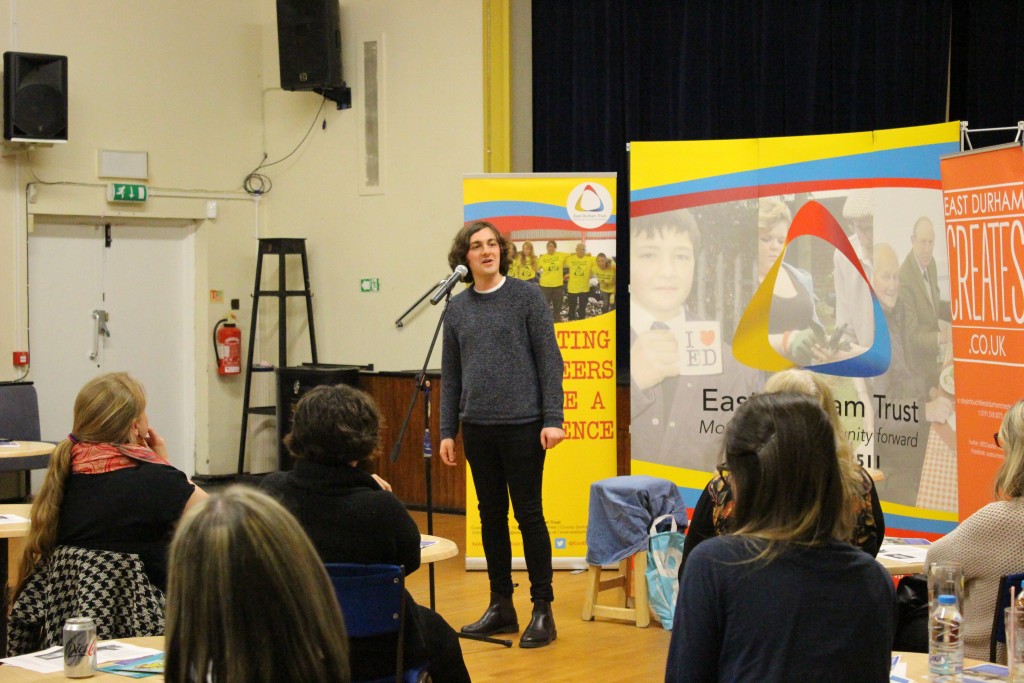 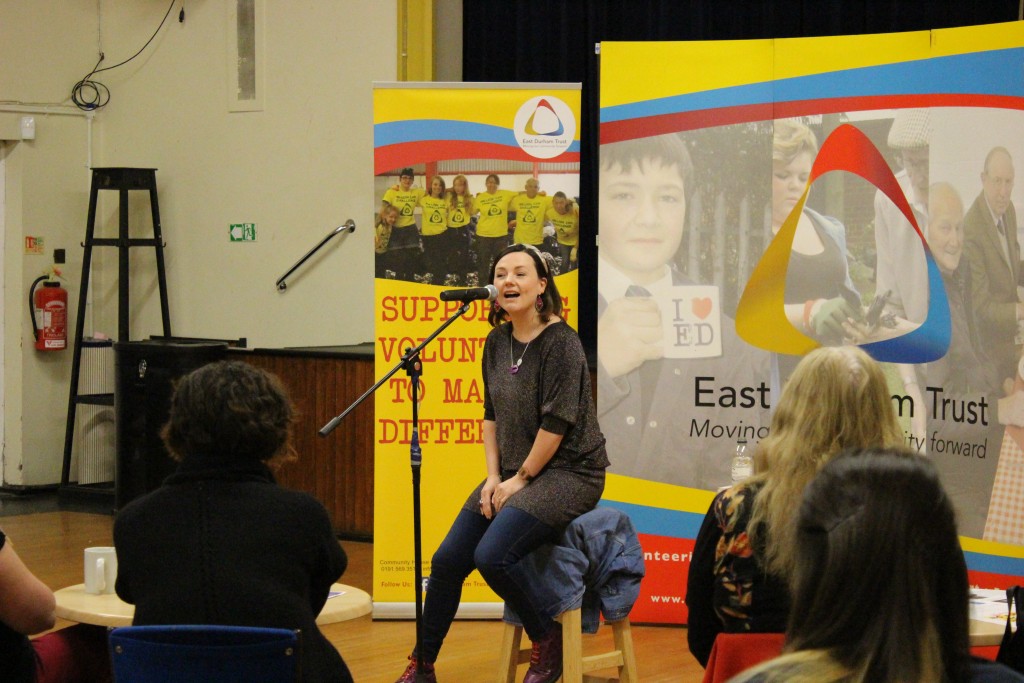 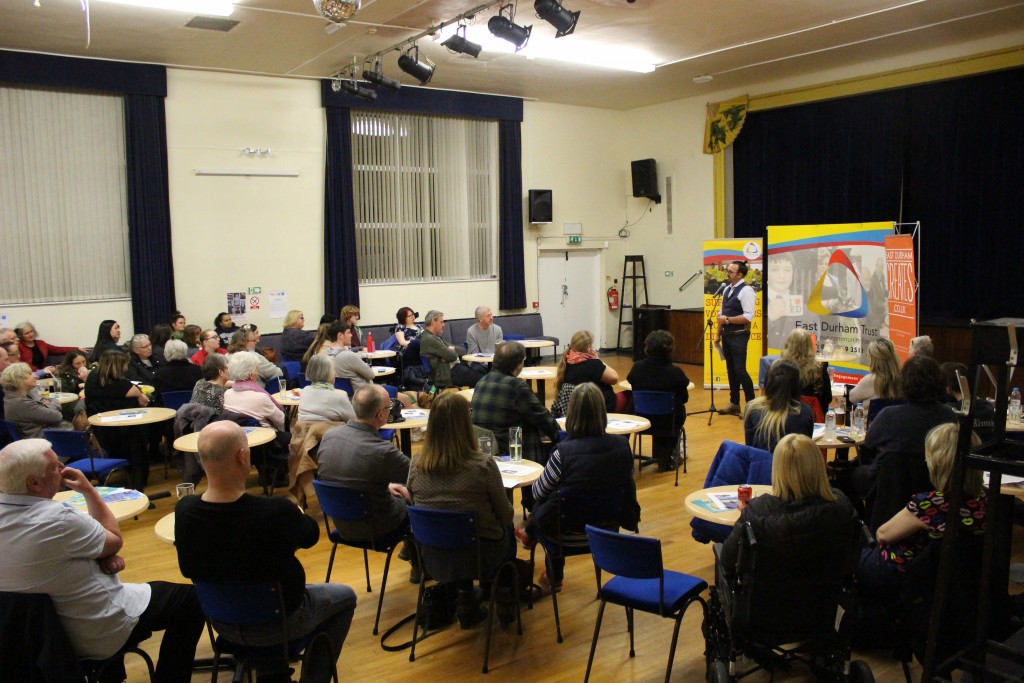 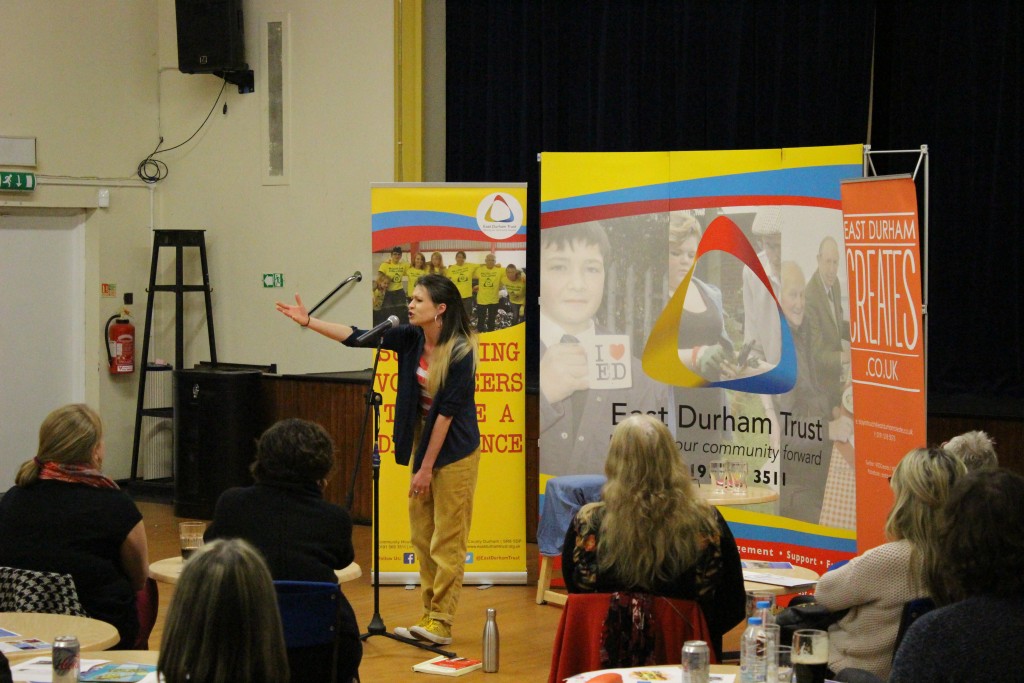 Young people from across East Durham took part in the ‘No More Nowt Happens’ showcase event at Dawdon Youth & Community Centre, where almost 130 local people attended to celebrate their achievements through the No More Nowt Happens project of organising five major arts events across East Durham. The five events have engaged an audience of over 550 people and almost 100 young people have been involved throughout the project. The Showcase event was a celebration of all the hard work the young people have given to the project during the past year. Performers, including Barry Hyde of the Futureheads and ‘Door to Door Poet’ Rowan McCabe, joined the young people in a multimedia celebration that featured performances, works of art, music and more.

For many of the young people they also formed friendships and grew their social networks, learnt new skills and grew in confidence throughout the project.   One young person said “Before the No More Nowt Happens project I didn’t know what outside my bedroom was.” Whilst another young person said “It added value, excitement and made a difference to my life. I never had this much responsibility before.” 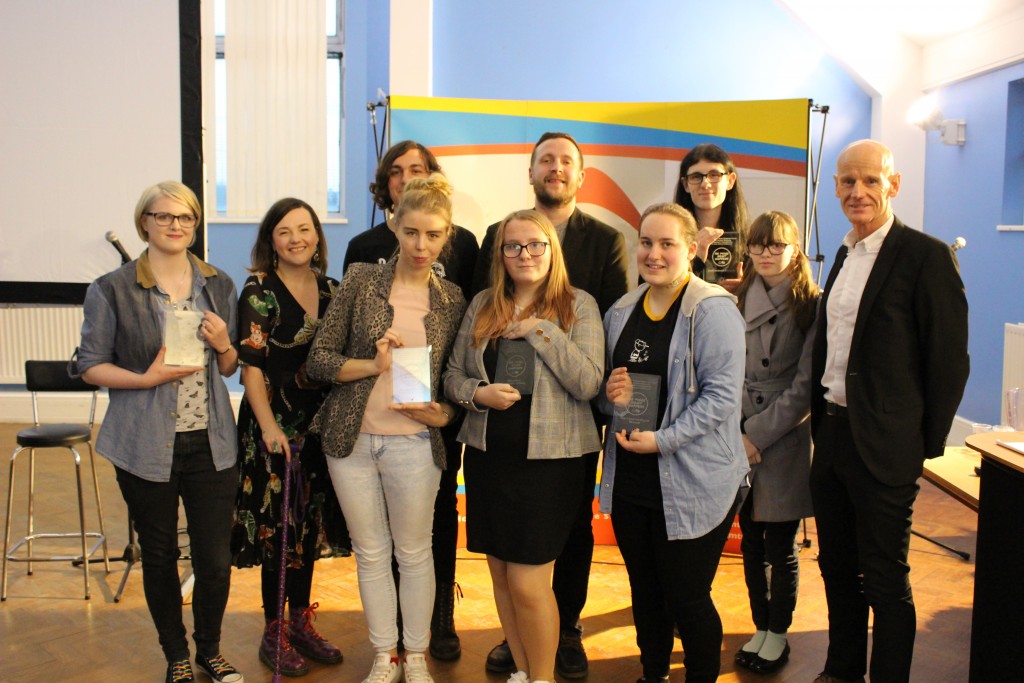 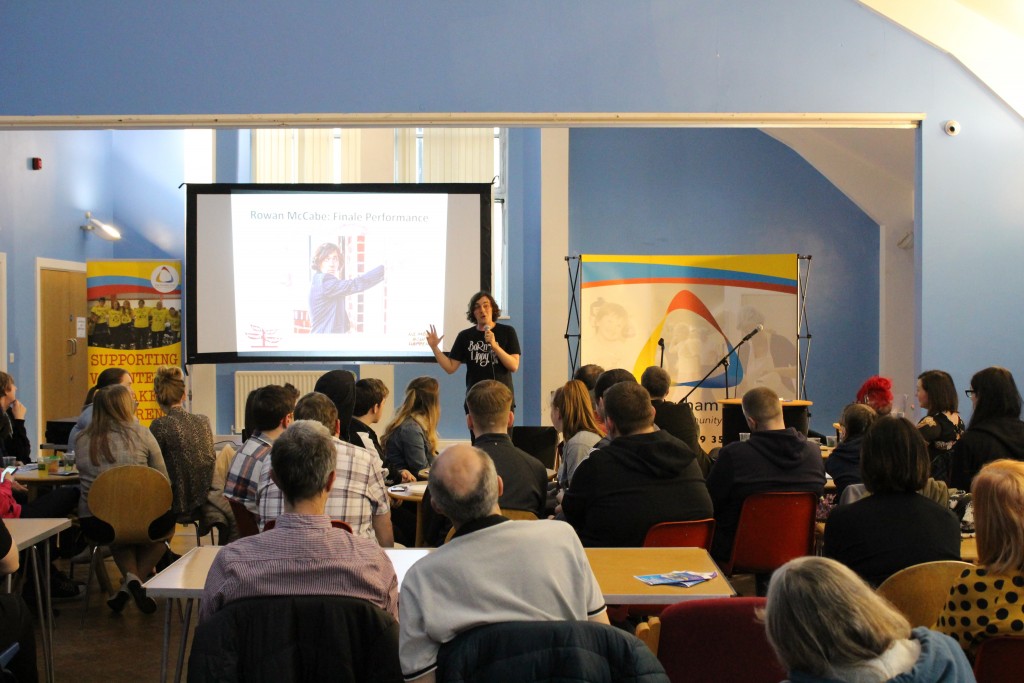 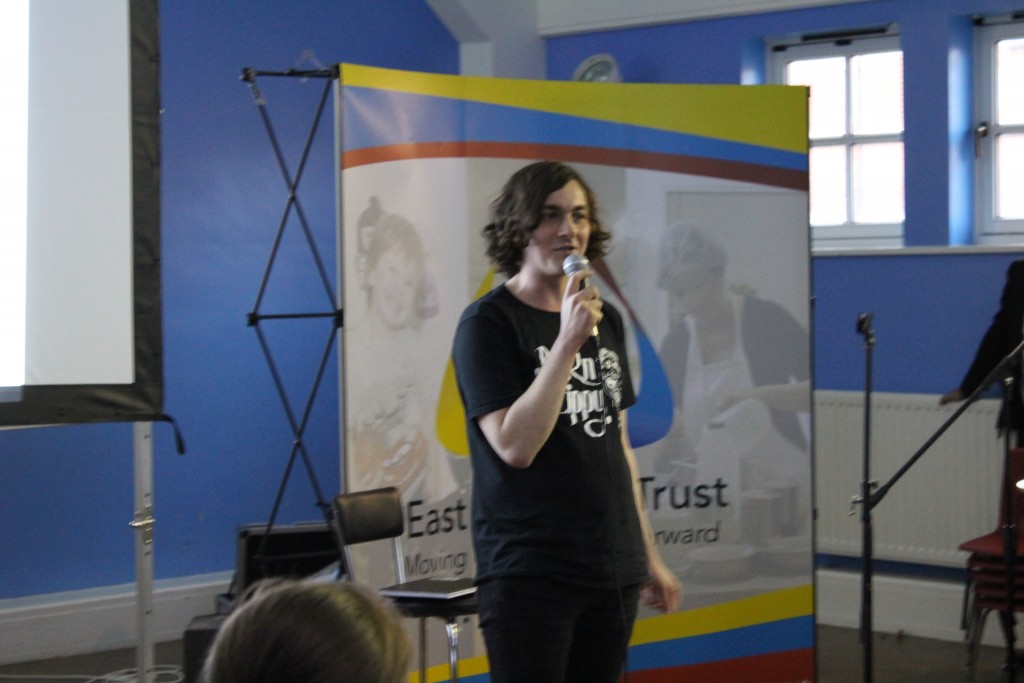 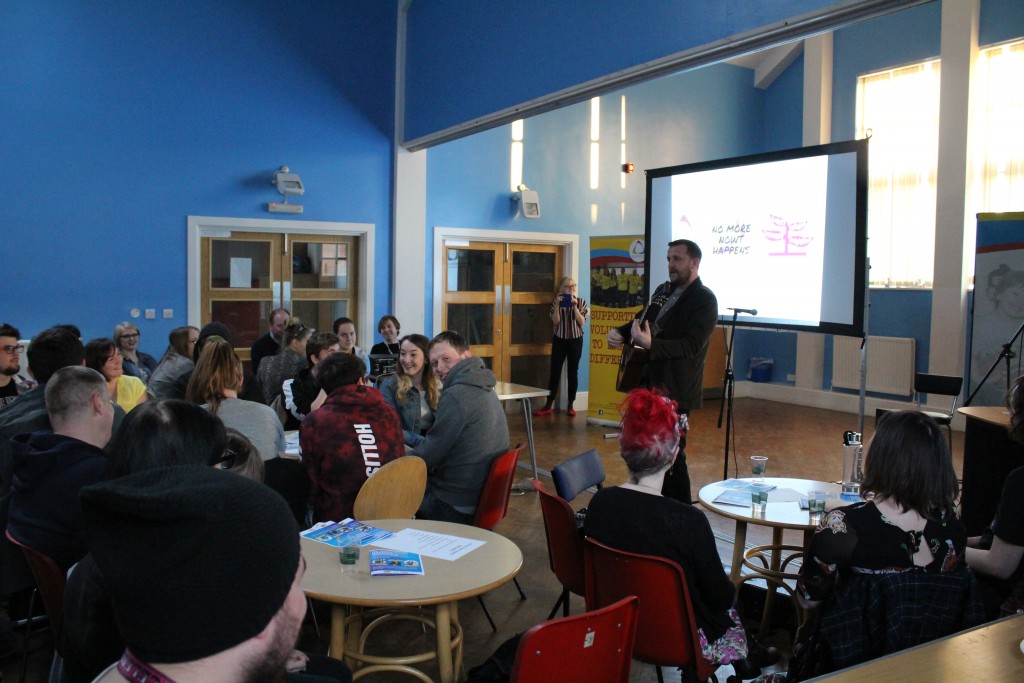 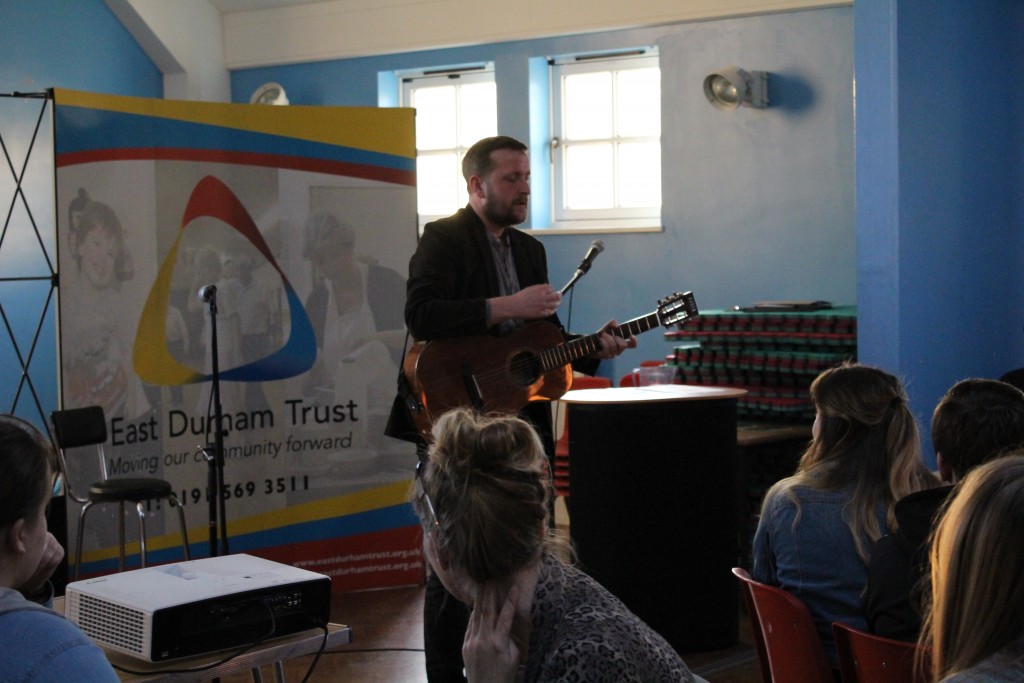 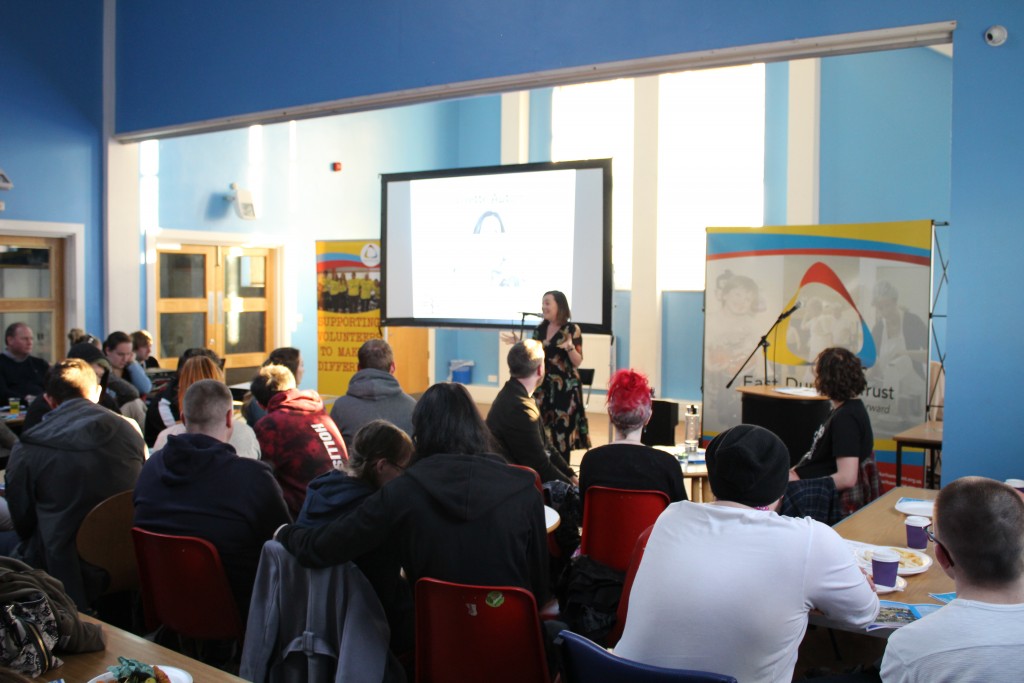