Inspired by the marine heritage of the North East region and specifically responding to the 1962 George Elmy lifeboat disaster, Fl10S: False Lights, Seaham combined sculpture, light and sound. The work was available for the public to visit in a local church for two weeks before being transported down to the coast where a specially written piece of music was played on the instrument, accompanied by a local brass band. The performance itself marked the time that the George Elmy sank 52 years previously.

Artist Ed Carter, is a North East based artist who creates physical projects and new musical compositions. He worked closely with the local heritage society, who had managed to track down the original George Elmy lifeboat and had it returned and restored to its former glory in Seaham.

On the night of 17th November 1962, on its way back from rescuing men in a fishing boat, the George Elmy capsized, resulting in the loss of all but one of the 10 men on board.
The piece itself was specially commissioned for the East Durham Creates Festival, 29th October-16th November 2014 and the performance on 15th November marked the grand finale to the festival.
The instrument itself featured 10 large-scale orchestral bell plates, a set of tuned steel plates played using electromagnetic fields with lights that arced around the structure, mimicking the lights of lighthouses; the resulting sounds were haunting and other worldly, with many who visited the exhibition feeling that they had been part of an almost meditative experience.

A local church, St John’s, became the home of the installation and Seaham Marina was the performance arena. The event on 15th November featured Gez Lowe, a locally based and nationally known folk singer and a local councillor, Sonia Forster, who read a piece about her own experience of the George Elmy disaster and ended with a 20 minute performance of the specially written piece where the instrument was played alongside a brass band. 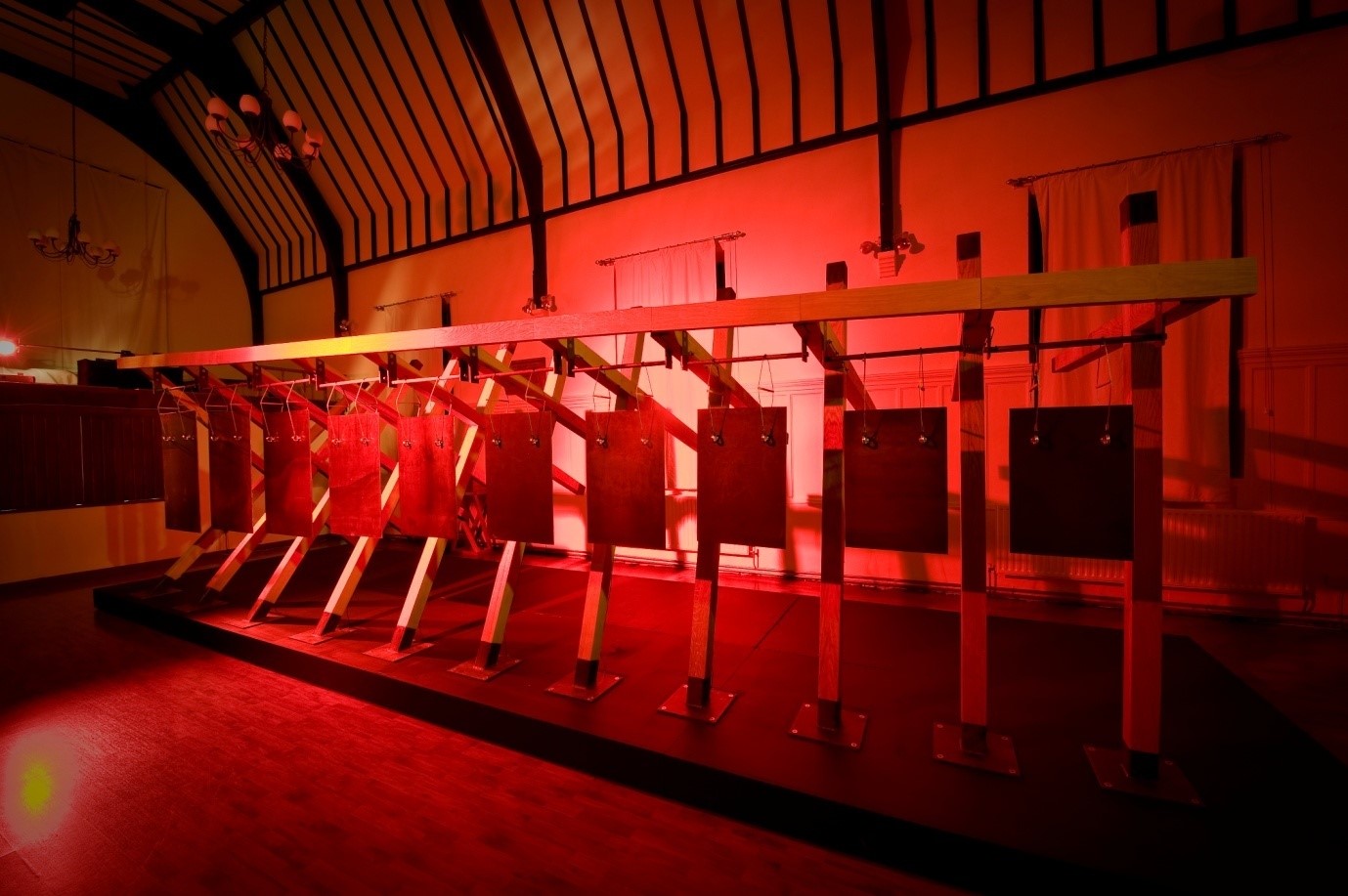 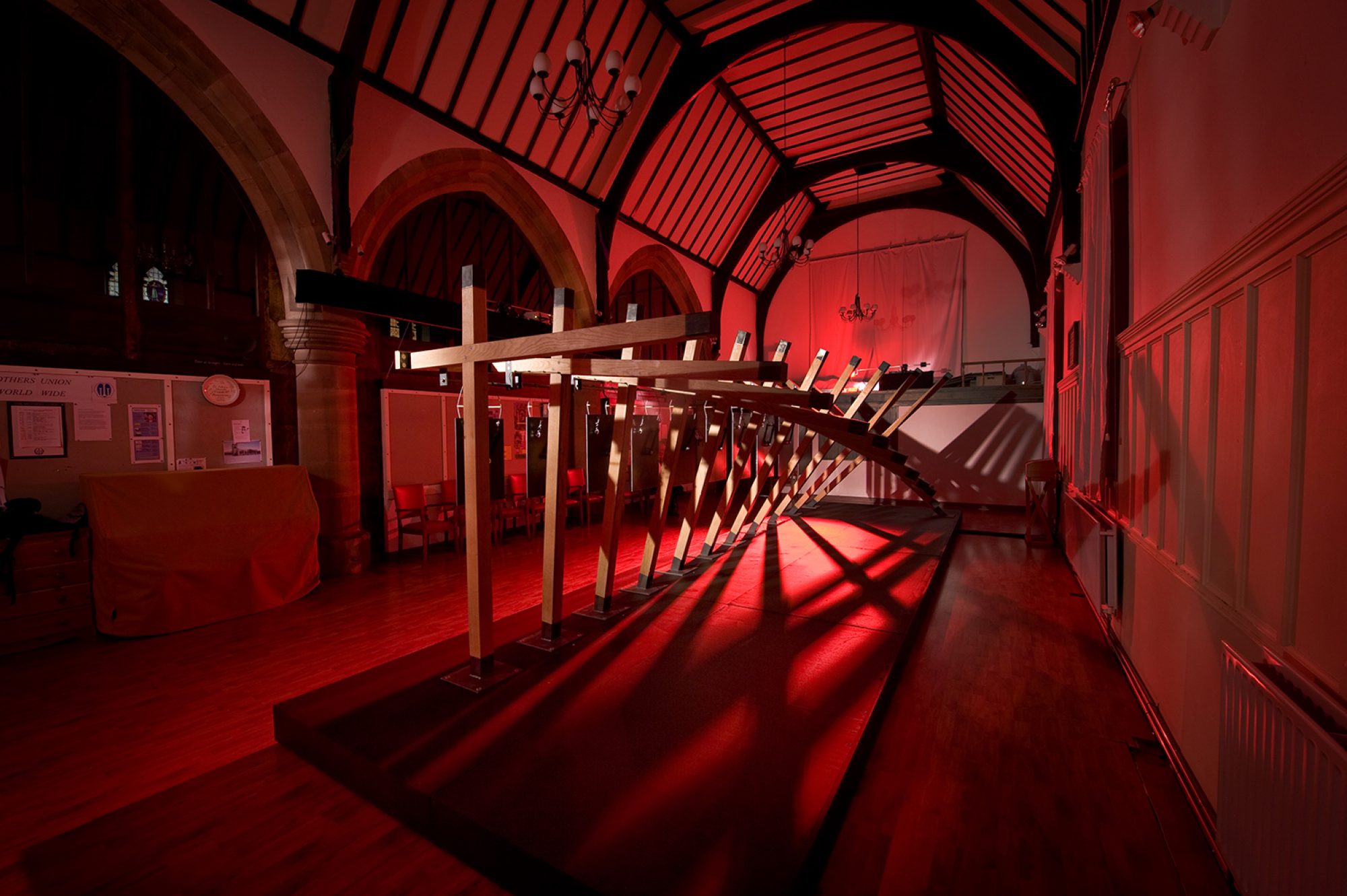 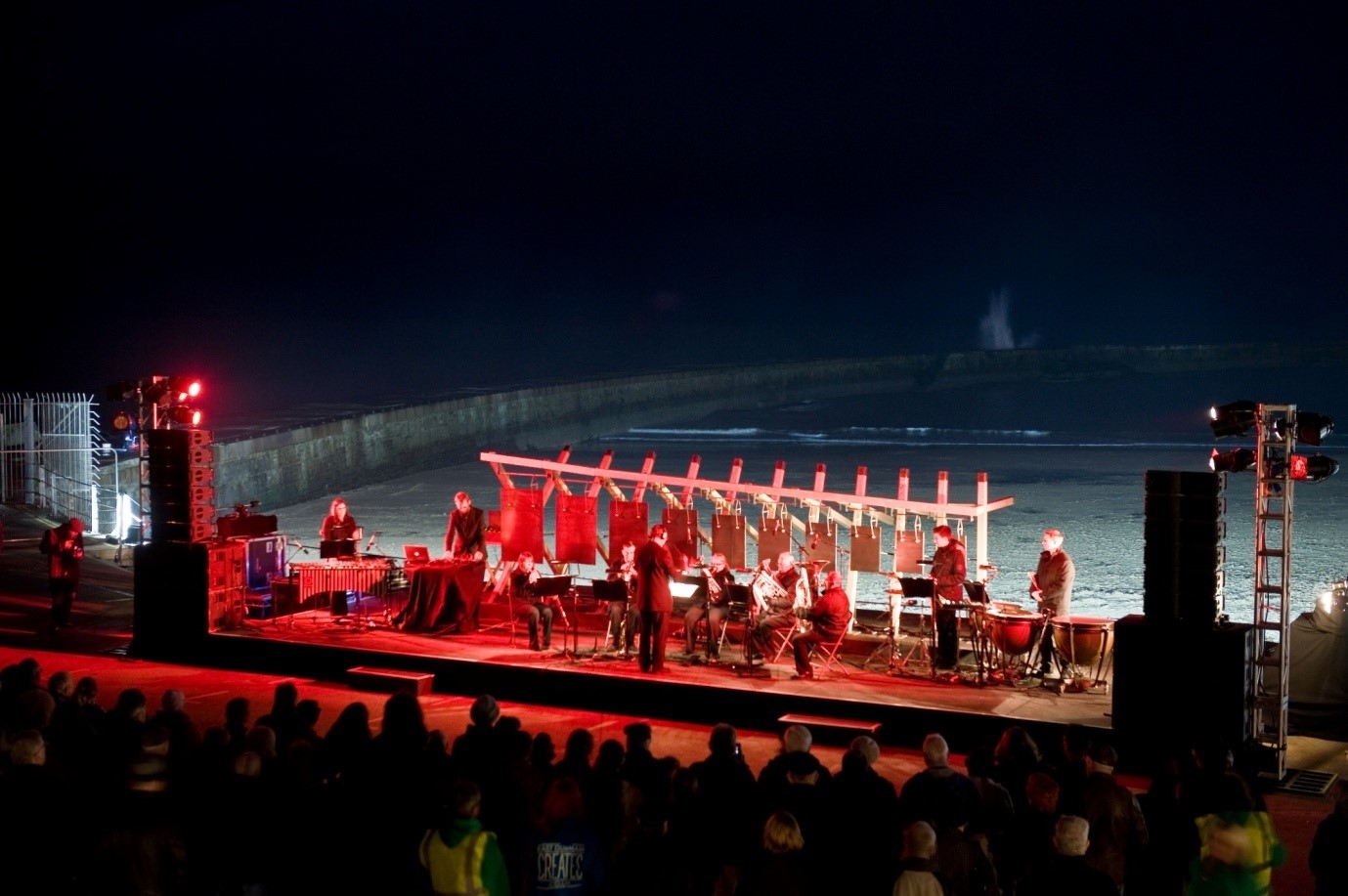 Fl10S: False Lights Seaham proved to have huge resonance with the local community and those who attended still talk about it months on. This is largely because it was related to a local event and local organisations, for example East Durham Heritage Group spoke to the artist throughout his design stage and the East Durham Creates team they felt ownership over the instrument and the final event.
134 people visited the installation, a local man became a most valued volunteer as he was able to talk to the public about the piece and his own experience of living in Seaham and the effects of the George Elmy disaster;
“ The uniqueness of the piece of art and also meeting the creator Ed. I enjoyed meeting and talking with the visitors.  It was great to think that this happened in Seaham and it linked in with the town’s heritage.“

Fl10s was commissioned by East Durham Creates. Produced by Forma. The project was supported by Durham County Council via East Durham Area Action Partnership and funded by Arts Council England.