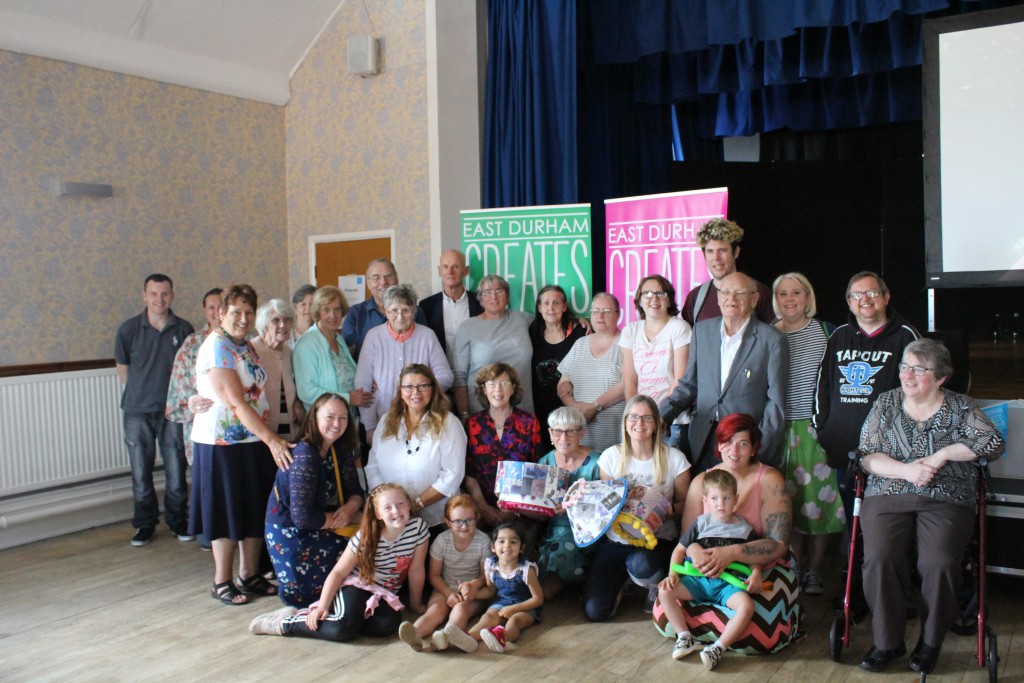 The showcase event reflected on the day in May that saw Horden Colliery host a series of major art installations in local bus shelters. A free celebration event was held on Wednesday 7th August at Horden Welfare Centre as a thank you to local people. The day included a screening of a professionally produced film by Maxy Bianco called Precious Things, which documented the lives of older people in East Durham. There was also a photographic exhibition, the distribution of commemorative items from the day and arts activities. Over 120 people from who were involved in the project attended the events, many of whom were able to collect pieces of artwork they had created as part of the project.

Check out this video about the If These Walls Could Talk project;