Local residents voted for their favourite pan haggerty recipe at this event celebrating the North East’s traditional food and crafts which took place on the former Easington Colliery pit site on Saturday 1 October 2016.

A traditional recipe of meat, potatoes, carrots and stock as their favourite, proved to be the winning dish, based on a taste test. 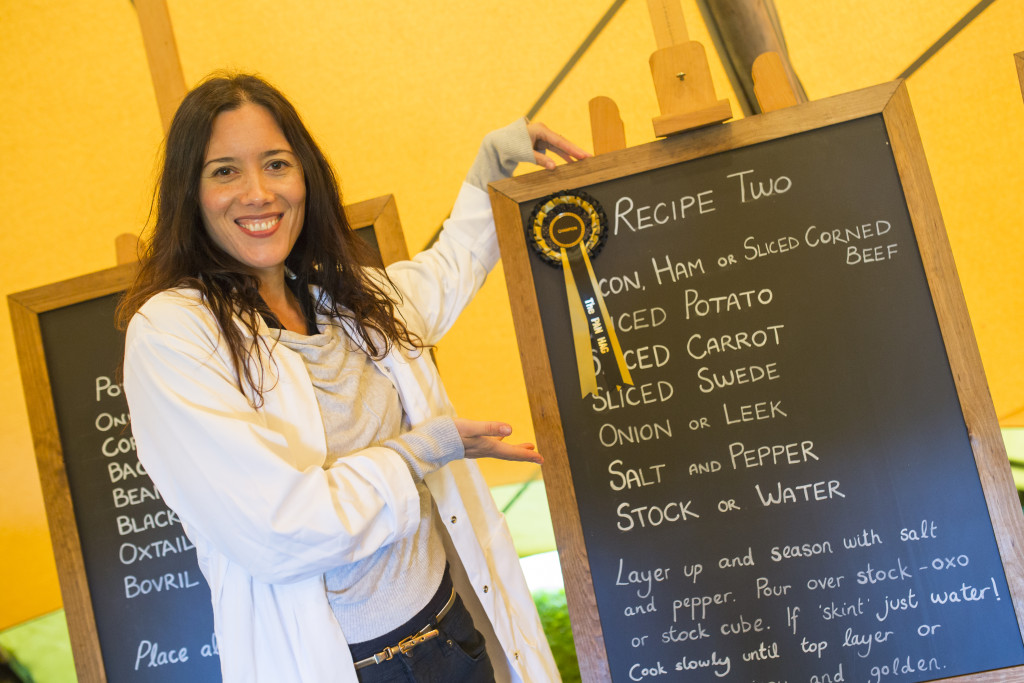 The dishes were cooked on the day by Bill Smithson, Chef at Café Together in Easington. Bill said:

“It’s been a hugely symbolic event for myself and the other local craftspeople who’ve played a part in delivering it. Held on the former pit sit, this land was once the heart and soul of the area – and to see the community coming together again directly above where the men of Easington worked below ground, has struck a chord with many of us.”

Artist Gayle Chong Kwan, who has been visiting the area for the past two year, carrying out research and holding events and activities, said:

“This event has been an amazing culmination of the two years of The Pan Hag project – the turnout was incredible, and people’s engagement with all the different activities, including the world’s 1st Pan Hag Championship was brilliant. I’ve already been asked if this event will be a yearly festival!”

“It’s wonderful to see so many talented people coming together to show some of the fantastic skills we have in this area. Saturday’s event was a great example of artists working alongside communities to create something really special – who knows what it might lead to in the future.”

Since 2014, international artist Gayle Chong Kwan has been working across the area collecting stories, memories, pictures and recipes from local people which will become part of The Pan Hag Map – a new alternative guide to East Durham, (available early 2017).

Gayle Chong Kwan is an artist who is interested in food, foraging, local produce, waste materials, local stories and ‘treasures’ that are unique to East Durham.

Gayle has visited East Durham on several occasions and has delivered activities with local people that include sharing memories about food, tasting locally made produce, exploring the local landscape and experiencing it in a different way.

Find out what the press said about The Pan Hag Field Kitchen:

Gayle is also collecting local words and their meanings related to food, cooking, and the dish panhaggerty/panackerty/pancultyand would love to hear yours. Please add your own words to those she has already collected. Are any of the words familiar?

Read all the Panackerty Recipes collected from around East Durham as part of the Pan Hag project here.