From Out a Darker Sea: Sō Percussion 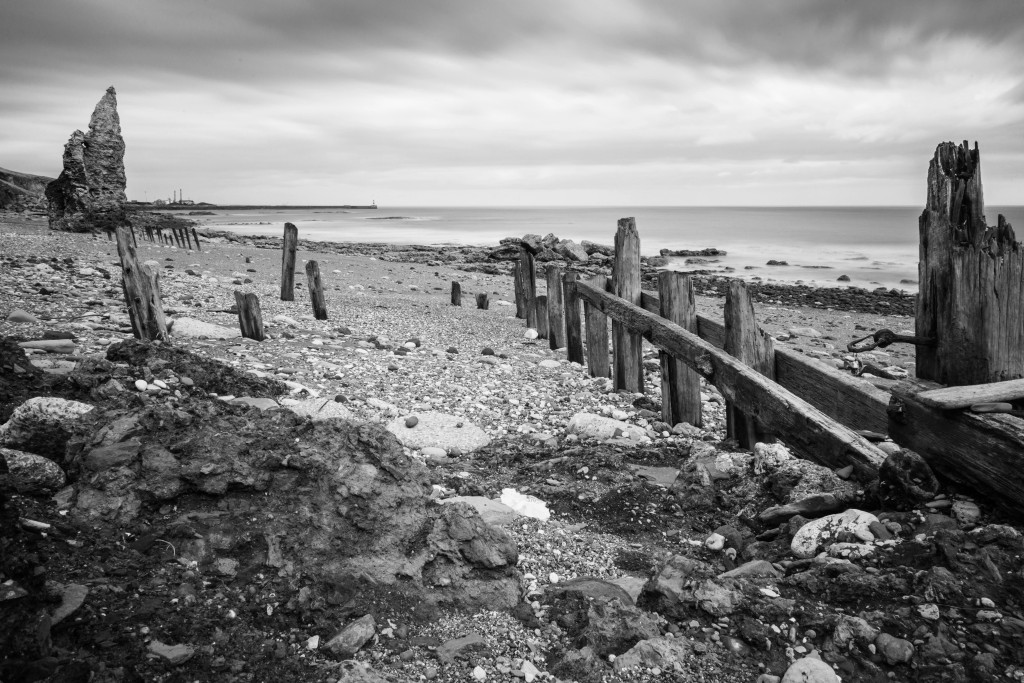 An evening of live music, visual art and film created for and inspired by East Durham

More than 200 people packed into St John’s Church in Seaham on Thursday 18 August to see New York-based group Sō Percussion perform From Out A Darker Sea,  a piece of music created for and inspired by the people of East Durham, commissioned by East Durham Creates and produced by Forma Arts.

Sō Percussion is a four-piece ensemble based in Brooklyn, New York, who have gained international recognition for their original compositions, percussion performances and education projects.

The group spent time with local people, worked with students from East Durham College and collaborated with Amber Films on a new work, Song for Billy, which has grown out of Sirkka-Liisa Konttinen’s The Coal Coast photographs. This unique event, inspired by the area, combined live music, visual art and film featuring personal memories of the past and hopes for the future.

Freddie Welsh, from Easington, took part in the sold-out performance and said: “I met Sō Percussion about four months back when they came to East Durham. I wasn’t nervous tonight, my wife, daughter and grandson were all here tonight and they loved it.” Freddie narrated part of the performance called Song for Billy, created in collaboration with Amber Films and which has grown out of Sirkka-Liisa Konttinen’s The Coal Coast photographs.

Adam Sliwinski from Sō Percussion said: “It was even more emotional for us than I thought it would be, mainly because of the people who were here. We were nervous about making this for a community of people and we were very moved by performing here tonight.”

Nikki Locke, Head of East Durham Creates, which commissioned the piece of music, said: “I don’t think there was a single person here tonight who wasn’t moved by what they saw and heard. It’s an honour to be part of a project that told the stories of generations of people across East Durham and tonight really showed the power of what the arts can do.”

To read our interview with Sō Percussion here, click here. 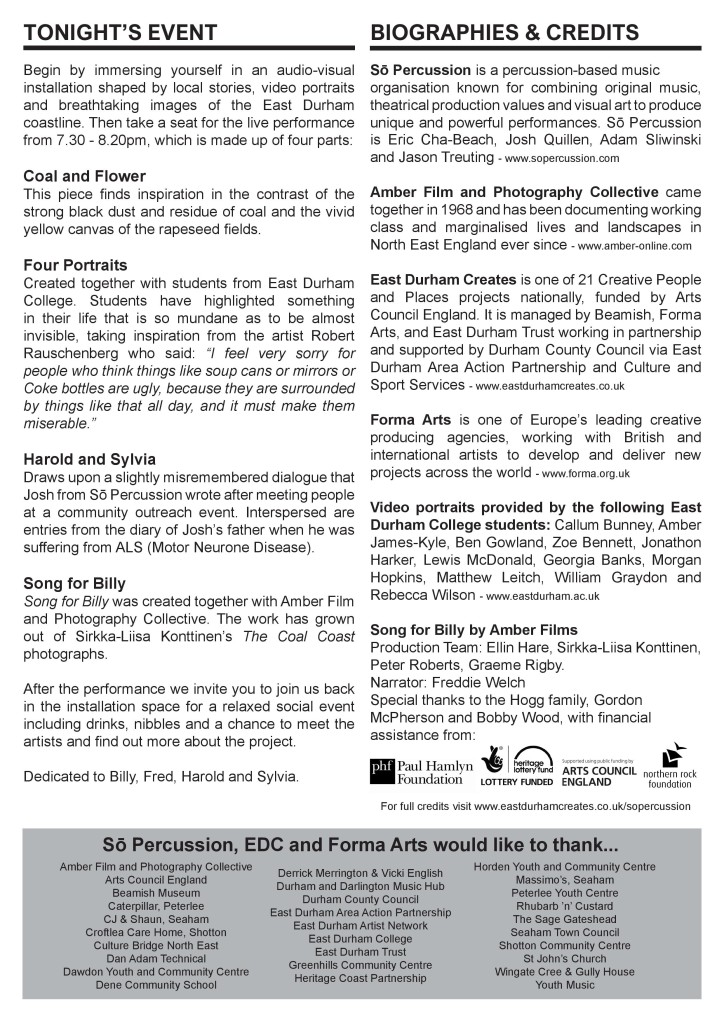 Find out what the press said about From Out a Darker Sea: